All About The Day When Kaaba Was Attacked, 20 November 1979 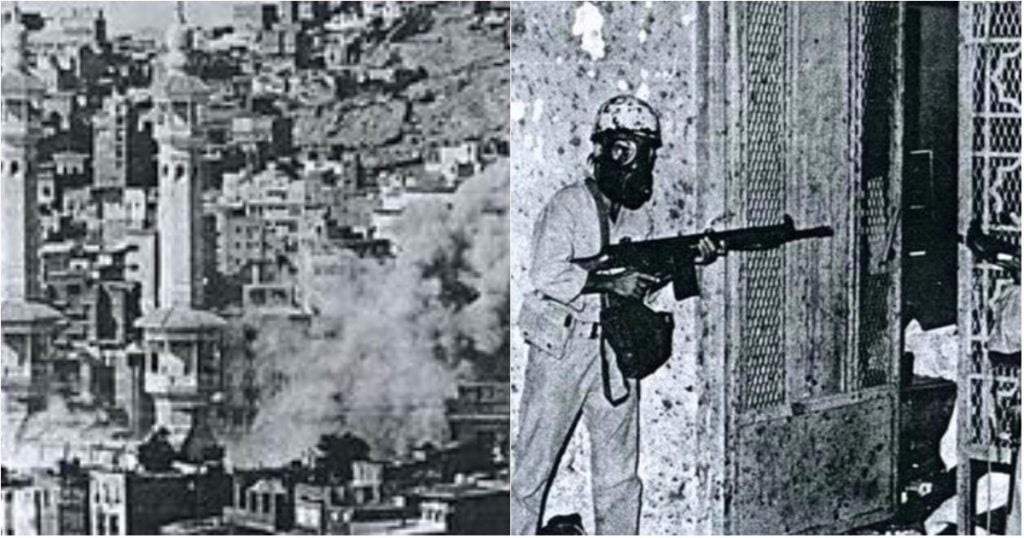 20 November 1979 one of the darkest day for the Muslims all around the world as this day is known as the day when Kaaba was held, hostage.
It was a pleasant day of 20 November 1979 in Makkah, everything seemed to normal. But all of a sudden this pleasant day turns into a darker one when a guy named Juhayman ibn Muhammad ibn Sayf al-Otaybi along with his terrorist group enters Kaaba and held hostage Kaaba for many days, during this period, many lives were lost and blood was shed in the house of Allah SWT.


Who helped Saudi Arabia fight the war against this terrorist?


READ  10 Islamic Instagram Accounts Every Muslim Should Follow
These two forces fought a long war with these group of terrorist who claimed to be the Mahdi from 20 November 1979 till 4th of December, as per Wikipedia.
Almost 300 to 600 terrorists had held Kaaba (The house of Allah SWT) hostage, while, 117 killed and many wounded, and the rest were surrendered and Saudi Government had executed them publically. and the videos and images of all these incidents can easily be seen on Youtube and Google Images

If you want to know about what had happened on that day, This video will tell you the whole timeline of what had happened in Kaaba (Masjid Al Haram) that day and how did all of this stopped. Watch this informative video and pass to it your friends and family as well.
Photos: Wikipedia
at October 04, 2018