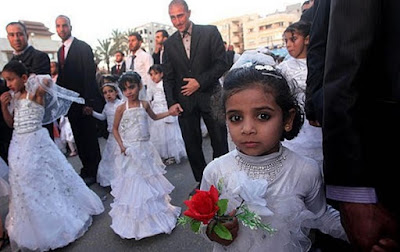 The Islamabad High Court (IHC) on Thursday handed over the custody of a minor Christian girl, who was allegedly abducted and forced into a marriage by a Muslim man, back to her parents.
According to a court order issued on Friday, the 12-year-old girl failed to convince the court that she had willingly converted to Islam in order to marry the man.
Earlier, the girl's parents had approached a local court with a petition stating that their daughter had been abducted by the Muslim man.
At the time, the lower court had ordered that the girl be sent to live in a Darul Aman while the accused, his father and the nikahkhwan(marriage officiator) be arrested.
The girl's family had then petitioned the IHC with a request that their daughter be returned to them.
As a result of the petition, the girl was produced before the court on Thursday. When asked what her name was, the girl gave a Muslim name and she stated that she had embraced Islam "for the purpose of marriage only", the court order, a copy of which is available with DawnNews read.
The girl told the court that the Prophet Isa (Jesus) was her prophet and was unable to name any other prophet. She also said that she was not literate.
Records from the National Database and Registration Authority (Nadra) showed that the girl was born on May 20, 2005, meaning that she is currently below the age of 13, the order noted.
Justice Shaukat Aziz Siddiqui of the IHC wrote in the order that he was not convinced that the girl had embraced Islam of her free will and in a secure environment; "rather it appears to be result of inducement and compulsion".
"I am constrained to observe that this sort of act of abduction and taking [the] shelter of Islam is totally uncalled for and unacceptable," the judge wrote, adding that Muslims, Christians and all other citizens are equal when it comes to constitutional guarantees.
Upon examination, it appeared prima facie that the accused Muslim man and his father connived with each other to abduct the girl, the judge observed, directing the police to investigate the matter further and arrive at a conclusion.
The court also ruled that the validity of the minor girl's nikah with the accused is questionable, and needed to be resolved by a family court.
In light of the facts, the judge handed over the girl's custody to her parents, who were warned by the court against inflicting any type of torture or harm on the girl. The girl subsequently agreed to accompany her parents to their home.
Source: Dawn.Com
at February 16, 2018