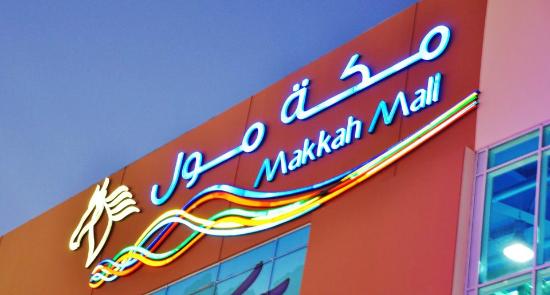 [DUBAI] Mecca: Come to fulfill your religious duty. Stay for the shopping.
Saudi Arabia, and its developers and retailers, are set to cash in on a spending bonanza fueled by the unique position of having a city that every able-bodied Muslim in the world must visit once in their lifetime. Helped by state investment, Mecca is set to see shopping-mall space almost triple by 2025, according to Colliers International.
As part of a government plan to wean the economy off oil, the state aims to boost the number of foreign pilgrims to 30 million per year by 2030 from 7 million last year, realizing the potential of a sector that currently makes up 20 per cent of the kingdom's non-oil economy, according to Oxford Business Group.
The holy city is currently under-served by malls due to a shortage of plots and high costs, with many shoppers opting to head to nearby Jeddah, Colliers said in a report last week. But that's expected to change and mall space is set to grow to 804,000 square meters (8.7 million square feet) by 2025. Mecca's biggest developers are likely to construct a sizable portion of the future mall supply, it said.
https://www.businesstimes.com.sg/real-estate/come-to-pray-stop-to-shop-saudis-set-to-triple-malls-in-mecca
The US$9.6 billion Jabal Omar Development Co. is already taking advantage by building homes and malls as well as a project near the Grand Mosque that will include 38 hotels and some of the country's largest malls. The kingdom's wealth fund has also jumped on the bandwagon with a new company to aid an expansion project that it says will contribute US$2.1 billion annually to the national economy. Another company likely to benefit is Makkah Construction and Development Co., which focuses on projects near the mosque.
SEE ALSO: Airbus's superjumbo finds new life on Malaysia Airlines pilgrim trips
Spending by pilgrims during the five-day Hajj season alone is set to reach US$5.6 billion by 2022, up from US$4.2 billion last year, according to a research report cited in Saudi-owned Asharq Al-Awsat newspaper. The minor Umrah pilgrimage to the city is voluntary and takes place all year around.
Mecca has undergone a transformation as Saudis seek to accommodate an ever-growing number of pilgrims that make up the vast majority of the country's tourism industry. Some of the world's biggest hotels have opened up or are under construction in the city, where towers and cranes crowd the horizon outside the world's biggest Mosque.
A project to expand the capacity of the Grand Mosque to 2.5 million people from 1.5 million has recommenced after it was halted following a crane collapse in 2015 killed more than 100 people. Other projects that stalled after a drop in oil prices hit the economy are also resuming across the country.
Revenue from pilgrims could rival and even exceed the kingdom's vast oil returns in the long term, Jabal Omar's Chief Executive Officer Yasser Al-Sharif told a conference in Riyadh last year. Oil is a commodity that can be substituted, he said, "pilgrimage is not."
BLOOMBERG
at September 24, 2018