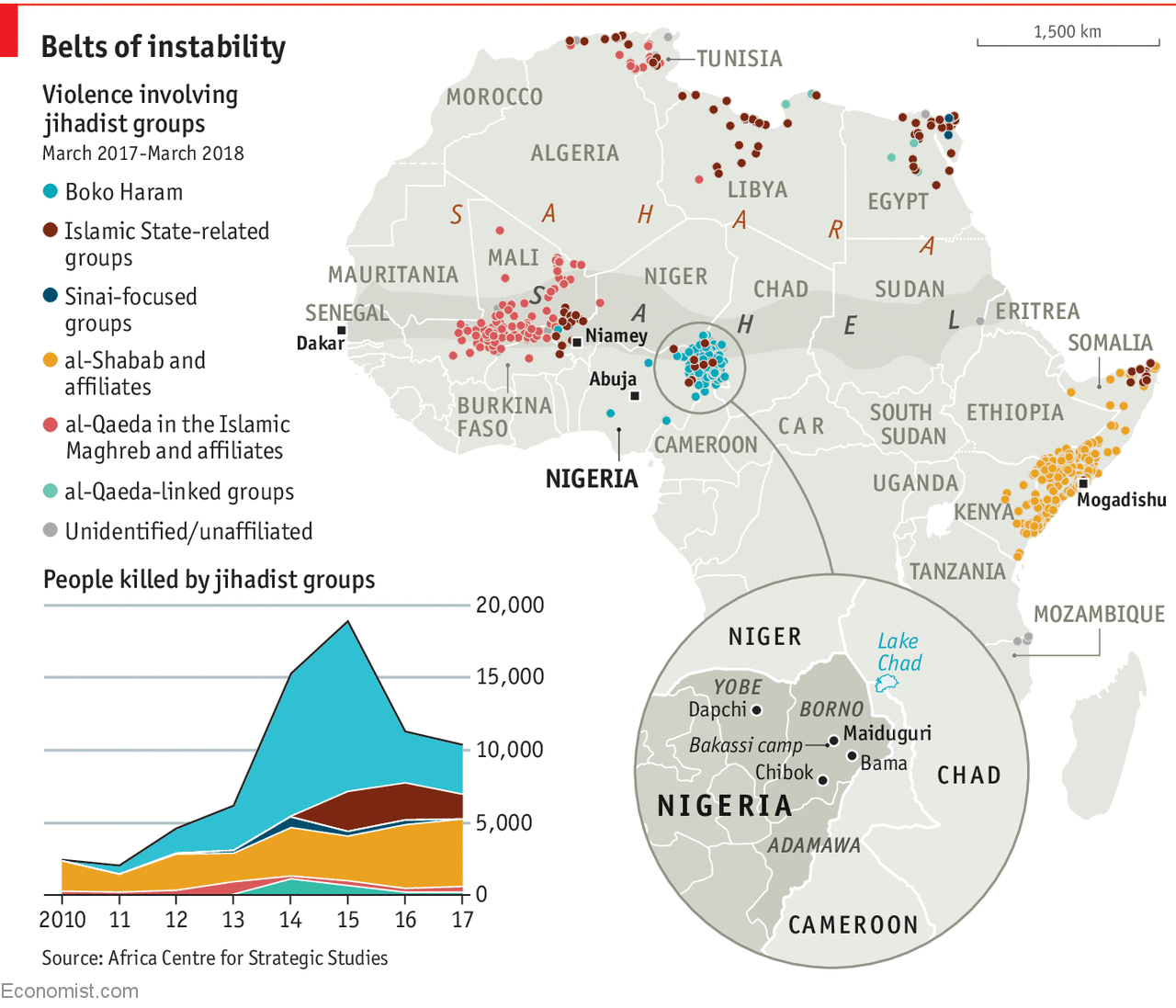 MAIDUGURI, Nigeria’s main north-eastern city, is at the centre of a series of jihadist campaigns stretching in two broad belts across Africa on either side of the Sahara. The northern one hugs the Mediterranean, from Egypt through Libya and Tunisia to Algeria. The southern one extends from Somalia and Kenya in the east through Nigeria and Niger and on to Mali, Burkina Faso and Senegal in the west. Such vast distances separate the different battlefields, that Dakar, in Senegal, is almost as close to Miami as it is to Mogadishu in Somalia.

Much of the conflict is barely reported on, even though last year it claimed more than 10,000 lives, almost all of them civilian. Worryingly, it is also a war that the jihadists seem to be winning. The number of violent incidents involving jihadist groups in Africa has increased by more than 300% between 2010 and 2017; the number of African countries experiencing sustained militant activity has more than doubled to 12 over the period.

In the potpourri of jihadist groups, many pledge their loyalties to al-Qaeda or IS. They include al-Shabab in Somalia, Boko Haram and its factions in Nigeria, and Jama’a Nusrat al-Islam wal-Muslimin in Mali. In each country, conflict may be fuelled largely by local grievances. But the insurgents share some ideological traits. Many have been strengthened by the breakdown of Libya after the downfall of Muammar Qaddafi’s regime in 2011. Weapons spilled out of Libya’s armouries, and smuggling networks for everything from people to drugs developed across the Sahara. Concerningly, there are signs that the jihadists are learning from one another and sucking money and support from militant groups in the Middle East.
at July 18, 2018