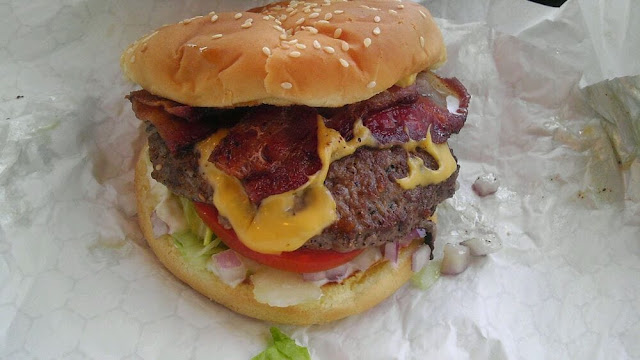 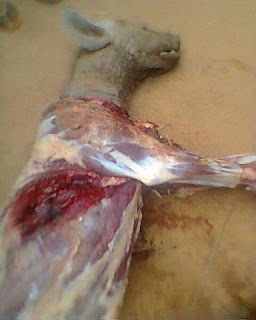 Hyenas are being threatened with extinction because people across Saudi Arabia have developed a taste for the wild animal's meat.
In 2008, the International Union for Conservation of Nature (IUCN) listed the striped hyena as "near threatened" as its population was estimated to be below 10,000.
They are native to north and east Africa, the Middle East and central Asia. IUCN said that humans posed a major threat by poisoning the animals and hunting them for use in traditional medicines.
"There is also illegal trade in skins, and body parts for use in traditional medicine, and they are often kept in cages for display purposes," the organisation said.
"The species is commercially hunted in Morocco for use in traditional medicine, with various parts being used, especially the brain, and may fetch very high prices. Hunters may travel hundreds of kilometres to capture this species."
However, hyenas are now under threat from people using them as a food source in Saudi Arabia.
Under Islamic law, the meat of hyenas is considered halal, or lawful, even though the animal is wild.
Aphrodisiac
Saud Bin Mus'id al-Thubaiti, a member of the teaching staff at the faculty of Shariah at Umm al-Qura University, told the Saudi Gazette: "Whoever is in the state of consecration Ihram and hunts a hyena will have to slaughter a sheep as a penalty. As for other forbidden animals and birds, there is no penalty if a Muhrim hunts them."
Eating hyena meat was also permitted by Al-Shabaab militants in southern Somalia last August. A resident of Kismayo told Hiiraan Online that since it was approved, restaurants have begun selling it and the price has risen so much so that it is now only affordable to wealthy people.
Hyena meat is also eaten in areas of Pakistan and Iran, where it is also considered halal.
Speaking to the Gazette, Abdulraheem Al-Otaibi said he loved the taste of the meat and championed its medicinal benefits: "Hyena meat has a unique taste and has an effect that is stronger than well-known aphrodisiacs."
The newspaper said hyenas were being widely consumed by Saudis and were considered "a unique and scrumptious delicacy".
Hunter Nasser Al-Thubaiti explained that he killed the animals and removed their innards immediately to prevent toxins leaking from the offal into the meat.
Ahmad al-Bouq, director of the Wildlife Research Centre in Taif, said the threat to the species was dire.
"Hyenas are threatened with extinction in the kingdom," Bouq said. "They are classified among the big beasts of prey, aside from the Arabian tiger and lynx."
Source: http://www.ibtimes.co.uk
at December 16, 2017

خبز البريوش Thanks for a very interesting blog. What else may I get that kind of info written in such a perfect approach? I’ve a undertaking that I am simply now operating on, and I have been at the look out for such info.