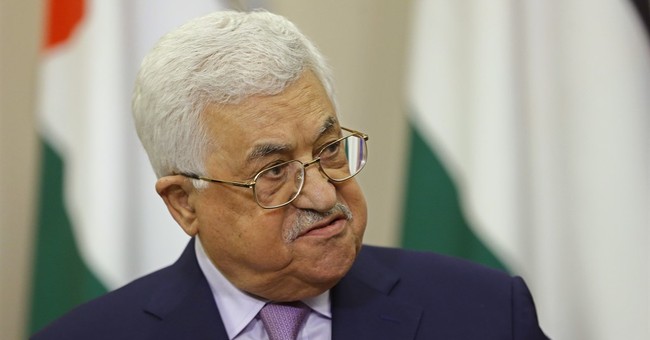 Days after President Trump publicly scolded Palestinian Authority President Mahmoud Abbas over payments to terrorists and their families, members of a top Knesset panel learned the amount that has been doled out over the last four years: a staggering $1.2 billion.
The PA claims the money is a social welfare benefit, but Yossi Kuperwasser, former director general of the Ministry of Strategic Affairs and ex-head of the army’s intelligence and research division, said that’s false, pointing to Palestinian budgetary documents, which, “clearly state that these are salaries and not welfare payments,” he said, The Times of Israel reports.

Setting out the figures, Brig.-Gen (res.) Yossi Kuperwasser told the Foreign Affairs and Defense Committee that the longer the period for which a Palestinian security prisoner is jailed, “the higher the salary… Anyone who has sat in prison for more than 30 years gets NIS 12,000 ($3,360) per month,” said Kuperwasser, according to the (Hebrew) NRG website. “When they’re released, they get a grant and are promised a job at the Palestinian Authority. They get a military rank that’s determined according to the number of years they’ve served in jail.” […]
At the Knesset meeting on Monday, Kuperwasser, today a project director at the Jerusalem Center for Public Affairs think tank, said that for many years the US and Israel had largely ignored the significance of the payments and that it only became a major issue in the last six months. Now the US Congress is pushing punitive legislation — the Taylor Force Act. The PA channels the payments indirectly, via a non-government “payment fund,” he said.

“There was a willingness to believe the lies that it was social support. In practice, no steps have been taken to change the situation and in the meantime, the Palestinians are trying to depict themselves as supporting peace while they are still paying the families of terrorists,” he said, reports the Times. “Assurance of a cash prize for acts of terror is encouragement to terrorism, and is against international law, international conventions, the Oslo accords, and other agreements that they have signed on.”
According to the Middle East Media Research Institute, terrorists and their families are paid anywhere between $364 per month for up to three years to $3,120 per month for 30 years or more.
Trump said during a joint press conference with Abbas that “Peace can never take root in an environment where violence is tolerated, funded, or rewarded.” https://townhall.com/tipsheet/leahbarkoukis/2017/05/30/palestinians-paid-terrorists-n2333344
at June 06, 2017