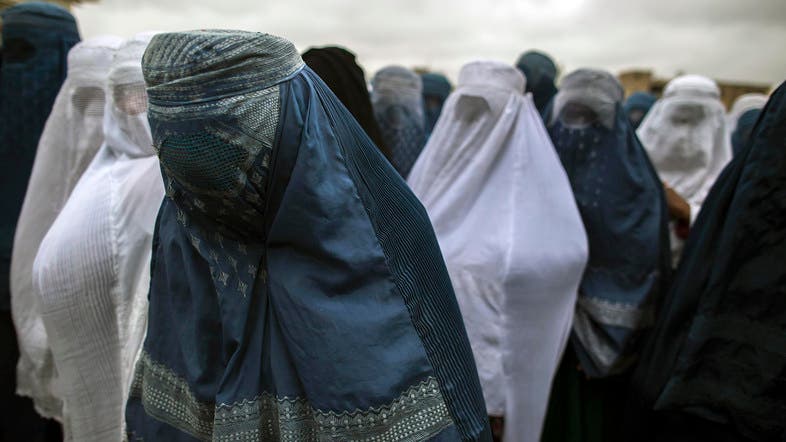 The magazine apparently aims to persuade women to join the armed forces in pursuit of “Jihad.” (File photo: Reuters)
Staff writer, Al Arabiya English
The Taliban issued its first magazine for women in Pakistan on Tuesday.
The magazine apparently aims to persuade women to join the armed forces in pursuit of “Jihad.”
The publication, Sunnata Khawla (meaning “Khawla’s Way”), front cover featured women wearing the traditional Burqaa, entirely covering their face and body.
The first issue included an interview with the Taliban leader’s wife, whose name remained anonymous. In her interview, she speaks about her marriage to the leader at the age of 14.
She says speaking directly to women: “I ask you, why all the hustle everywhere about child marriages. We need to understand that if we leave mature boys and girls without marriage for a long time, they might become a source for moral destruction in society.”
Similarly, the magazine’s open editorial stated: “We want to urge Muslim women to come forth and join our fighting lines.”
The publication is available in both Urdu and English texts. Taliban offer the prints in dual languages in hopes of having more recruits join their forces.
The English version featured an article by a Pakistani doctor titled “My Journey from Ignorance to Awareness.” In her article, she highlights her decision to dismiss Western education and instead adopt an extremist perspective.
The Taliban had previously been active on social media outlets Facebook and Twitter, until their pages were eventually closed on most online platforms.
(With AFP)
at August 03, 2017