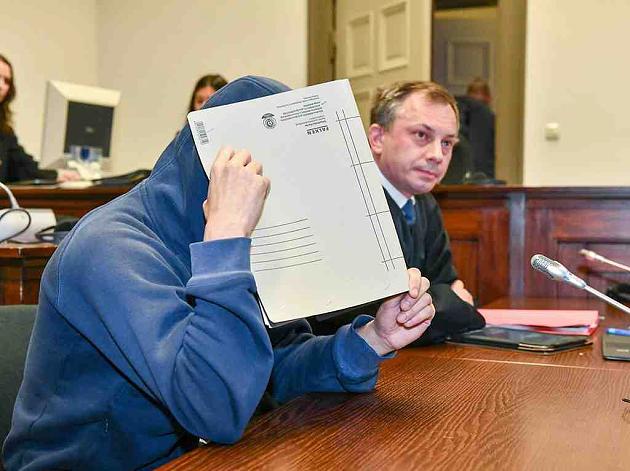 What Dzengis D allegedly did is hard to bear: it appears that last summer he abused an 82-year-old, raped her five times.
The old lady was in his control for about an hour, and had to endure the humiliating torment. Now Dzengis D. was sentenced

The crime took place in Wilhelmsburg [Hamburg, translator]: In the morning of July 8., 2017, the 29-year-old broke into the apartment of the old lady through her open balcony door. This was the beginning of the 82-year-old’s torment: for about an hour, Dzengis D. repeatedly raped her, five times in total. Before he fled, he stole 100 Euros from the 82-year-old.
There is evidence beyond doubt that the defendant was the perpetrator, announces the judge on Tuesday. The investigators found, among other, the defendant’s mobile phone in the apartment of the 82-year-old, which slipped from his trousers during the crime.
The old lady suffered several injuries. As the 29-year-old is HIV positive, she had to undergo HIV prophylaxis with severe side effects, and until this day, she suffers from the long-term effects of the deed. According to Georg Haller, chairman of the criminal chamber, the old lady barely dares leaving the house anymore, or even opening the windows for fresh air. She suffers from sleep disorder.
On Tuesday, the court found the defendant guilty of grave rape and intentional battery and theft. He will have to go to jail for six years. The Federal Prosecutor had demanded six years and ten months jail time, the defense lawyer had pleaded for four or five years.
The deed evoked disbelief and shock among everyone involved in the trial, said judge Haller. „To rape an 82-year-old woman for one hour can only be met with absolute lack of understanding.“ He added, unusually emotional for an experienced judge: „The whole crime is just reprehensible.“
The 29-year-old was planning and careful during his deed. Before he raped the woman for the first time, he handed her her asthma spray that she asked for. „To say it bluntly: The defendant isn’t ill, he is simply evil“, said Haller. The 29-year-old, measly and bold, held his hands in front of his face and accepted the verdict with lowered head.
(vladtepesblog.com)
at April 01, 2018