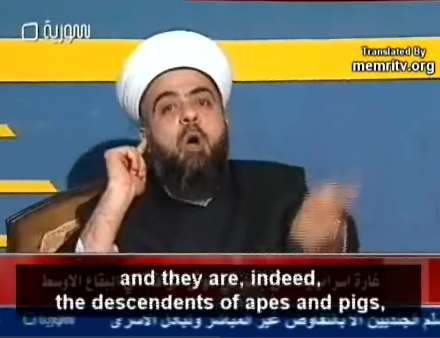 To all muslims and non - muslims .
The Quran , the so - called final revelation from Allah , just does not measure up to its own revelation . Thus it's not the Word of the true God . Of course this means that Allah was just a convenience for the madman .

62 Lo! Those who believe (in that which is revealed unto thee, Muhammad), and those who are Jews, and Christians, and Sabaeans - whoever believeth in Allah and the Last Day and doeth right - surely their reward is with their Lord, and there shall no fear come upon them neither shall they grieve.
63 And (remember, O Children of Israel) when We made a covenant with you and caused the mount to tower above you, (saying): Hold fast that which We have given you, and remember that which is therein, that ye may ward off (evil).
64 Then, even after that, ye turned away, and if it had not been for the grace of Allah and His mercy ye had been among the losers.
65 And ye know of those of you who broke the Sabbath, how We said unto them: Be ye apes, despised and hated!
66 And We made it an example to their own and to succeeding generations, and an admonition to the God-fearing.

MUSLIMS understand this literally . That Allah actually turned some Jews into apes . Also mentioned in Sura 7: 163 -166 .

163 Ask them (O Muhammad) of the township that was by the sea, how they did break the Sabbath, how their big fish came unto them visibly upon their Sabbath day and on a day when they did not keep Sabbath came they not unto them. Thus did We try them for that they were evil-livers.
164 And when a community among them said: Why preach ye to a folk whom Allah is about to destroy or punish with an awful doom, they said: In order to be free from guilt before your Lord, and that haply they may ward off (evil). 165 And when they forgot that whereof they had been reminded, We rescued those who forbade wrong, and visited those who did wrong with dreadful punishment because they were evil-livers. 166 So when they took pride in that which they had been forbidden, We said unto them: Be ye apes despised and loathed!

47 O ye unto whom the Scripture hath been given! Believe in what We have revealed confirming that which ye possess, before We destroy countenances so as to confound them, or curse them as We cursed the Sabbath-breakers (of old time). ). The commandment of Allah is always executed.

The threat is literal .
The quran does not confirm the biblical scriptures .
Conclusion - It is not via grace or mercy that Allah reaches out to people . Its via threat of violence and actual hard core violence . There are countless heads scattered all over the planet as definite proof that Islam is a violent ideology Not a religion at all
Muhammad never ever was a prophet .
at April 07, 2018