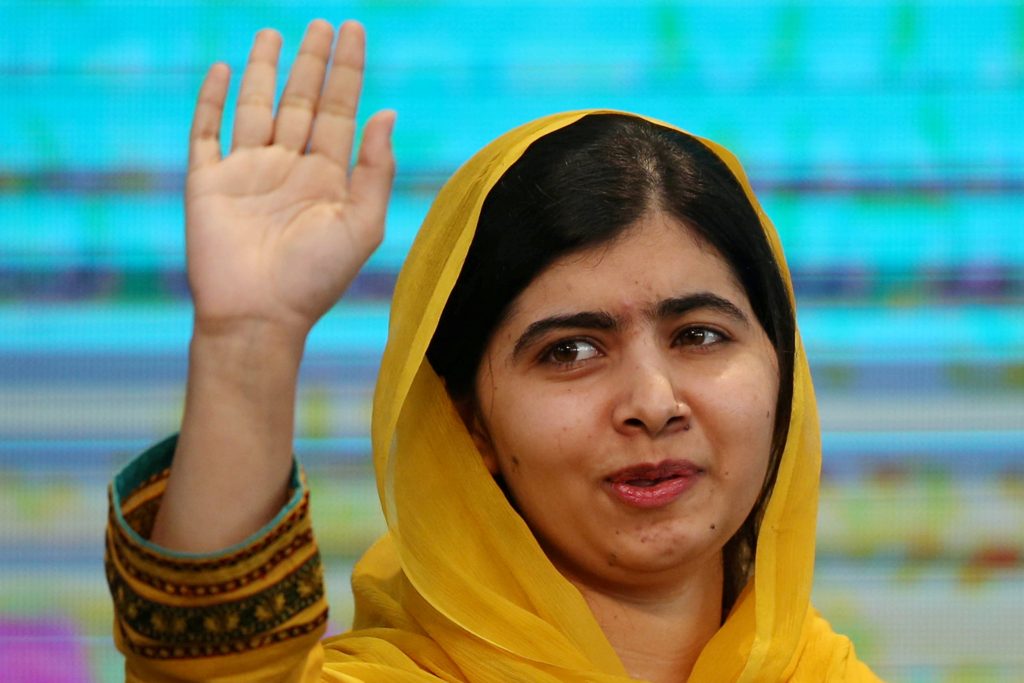 Islamabad: Nobel Peace Prize winner Malala Yousafzai returned to Pakistan on Thursday, six years after she was shot in the head by Taliban gunmen for advocating greater education of girls.
Pakistani station Geo TV showed footage of Yousafzai at Islamabad’s international airport walking to a car escorted by a security convoy.
Yousafzai is due to meet Prime Minister Shahid Khaqan Abbasi in a ceremony at his office but is unlikely to travel to her home region of Swat due to security concerns, local media reported.
At age 17, Yousafzai became the youngest recipient of the Nobel Peace Prize in 2014 for her education advocacy, becoming a global icon and education champion.
Now 20, she is making her first visit to Pakistan since 2012, when masked gunmen stopped and boarded a bus taking her home from school and shot her.
Last week on Twitter, Yousafzai expressed a longing for her homeland. She now lives in Great Britain.
“On this day, I cherish fond memories of home, of playing cricket on rooftops and singing the national anthem in school. Happy Pakistan Day!” she wrote on March 23.
After surviving the attack, Yousafzai was airlifted abroad and underwent surgery.
The Pakistani Taliban, who seized control of her hometown in Pakistan’s Swat Valley before being pushed out by the army in 2009, later claimed the attack in response to her blog for the BBC Urdu service advocating girls’ education.
The hardline Islamist movement blew up girls’ schools and imposed a strict interpretation of sharia law during their rule over Swat.
Unable to return to Pakistan after her recovery, Yousafzai moved to Britain, setting up the Malala Fund and supporting local education advocacy groups with a focus on Pakistan, Nigeria, Jordan, Syria and Kenya.
Earlier this month, a new girls’ school built with her Nobel prize money opened in Shangla, near her home district of Swat.
During her trip to Pakistan, which is expected to last several days, Yousafzai is expected to stay in Islamabad and meet friends and family at a hotel in the capital, Geo reported.
Yousafzai is currently studying at Oxford University.
While she is arguably the most recognisable Pakistani in the world, Yousafzai – known almost universally as Malala – is a polarising figure at home.
She is frequently attacked by conservative Pakistanis as portraying her country in a bad light and seeking her own fame.
(Reuters)
at April 01, 2018