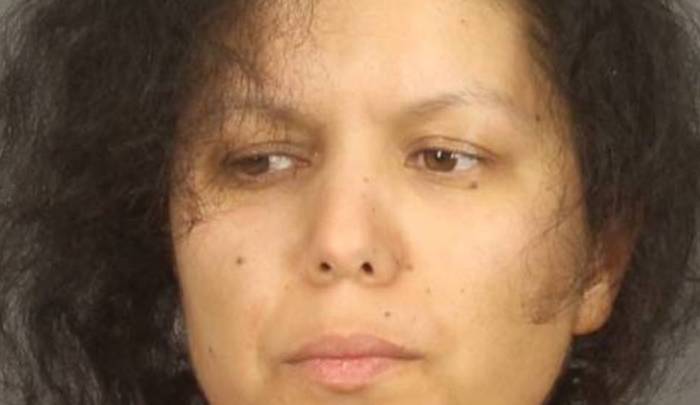 “Zero indicators of anything religious, zero indicators of anything cultural,” said Monroe County Sheriff Todd Baxter.
Yes of course. As always. But what about this? “When you meet the unbelievers, strike the necks…” (Qur’an 47:4)
Authorities persist in their assumption that Muslims in the U.S. don’t believe that, and some Muslims, such as nurse practitioner Hanane Mouhib, keep proving them wrong. Why did it occur to her, in whatever rage she was feeling toward her son, to behead him? The “religious” and “cultural” factors kick in at that point.
“Police: Sweden boy, 7, decapitated by mother in home,” WHAM, April 6, 2018 (thanks to M.):

Sweden, N.Y. (WHAM) – A woman in Sweden is accused of stabbing and decapitating her 7-year-old son inside their Sweden home Thursday night.
Hanane Mouhib, 36, was arrested and charged in the murder of Abraham Cardenas.
At a news conference Friday, Monroe County Sheriff Todd Baxter told reports that three deputies responded to a home on Lake Road around 8:20 p.m. for multiple 911 calls about a suicidal woman with a knife. When deputies arrived at the home, they encountered Mouhib with the knife.
Baxter said deputies had to use several different techniques to eventually take her into custody, including the use of pepper spray and deploying a Taser. After taking Mouhib into custody, Baxter said deputies moved inside the rest of the house and discovered Abraham’s body.
Court paperwork states Mouhib used “a large-bladed kitchen knife to intentionally stab [the boy] in the upper-left area of the back.” She then allegedly cut the boy’s neck, severing his head from his body. Baxter said there did not appear to be signs of a fight in the home.
Three other people were inside the home at the time: Mouhib’s husband, the husband’s mother, and Abraham’s ten-year-old brother. All of the family members have been moved to another undisclosed location.
Baxter said there is no known motive to this killing, which frustrates everyone.
“Zero indicators of anything religious, zero indicators of anything cultural,” Baxter said. “There is really no indicators of that ‘why’ as you asked.”
Baxter said during the news conference that Monroe County Sheriff’s deputies were called to the home twice within the last month; both of the calls were made by Mouhib herself. On March 5, Mouhib called 911 and asked for help related to a mental health difficulty. A second call on March 8 resulted in Mouhib being brought to Rochester General Hospital for a mental health evaluation.
Mouhib’s evaluation resulted in her admission to Rochester General Hospital. She remains there from March 8 until March 26 when she was discharged.
Officials at Rochester Regional Health System (RRHS) said Mouhib worked at the Rochester Mental Health Center as a nurse practitioner from January 2016 – January 2017. She has not been affiliated or credentialed with RRHS since January 2017. Mouhib graduated nursing school from the College at Brockport in May 2011.
Abraham was a first-grade student at Barclay Elementary School in the Brockport Central School District. Superintendent Dr. Lesli Myers said the district is “deeply saddened” to learn about the boy’s death….
If convicted, Mouhib faces up to 25 years to life in state prison.