12 Christians killed, couple kidnapped from church during wedding in Nigeria 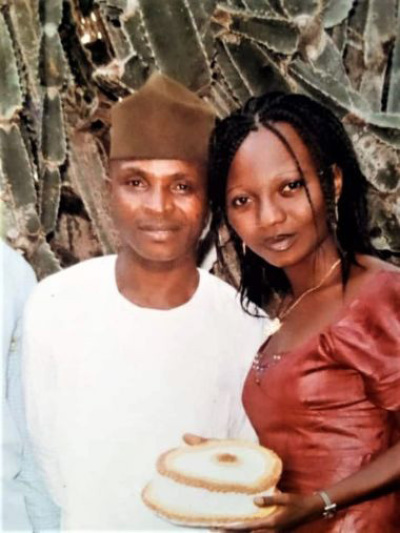 Muslim Fulani herdsmen in northwest Nigeria killed 12 Christians and kidnapped a couple from their church wedding ceremony in attacks this month, sources said.
In Tegina Kabata village in Niger state's Shiroro County, herdsmen attacked a church site where a wedding was taking place on April 12, abducting the couple and some church members, area resident Danjuma Iliya told Morning Star News.
"As the pastor was officiating during the wedding solemnization, the herdsmen stormed the church and took away everyone who was unable to escape from the church building, including the bride and groom," Iliya said. "In that village, five Christians were killed in the series of attacks carried out by the herdsmen."
Two other Christians were killed by herdsmen in Niger state's Gidigori village, Kusherki District, in Rafi County, on April 20, area resident James Ayuba said. They were two of seven Christians killed in three herdsmen attacks over five days in Rafi County, he said.
Others were injured in herdsmen attacks in the county's Madaka and Sabon Gari villages on April 20-21, he said.
Church Elder Abducted
Also in Niger state, five missionaries kidnapped on March 2 were released on April 22, sources said. In a short statement on April 22 that gave no details, leaders of Calvary Ministries (CAPRO) expressed joy that their missionaries had just been released.
"Please rejoice with us as the remaining five of our missionaries kidnapped in Kamuku Field, Niger state 52 days ago are now safely back to freedom," the statement read.
The missionaries were abducted when armed Muslim Fulani herdsmen on March 2 raided a school in Maruba, Shiroro County, run by CAPRO.
The announcement came the same day that a church elder in north-central Nigeria's Kaduna state had been kidnapped. Armed Fulani herdsmen abducted Emmanuel Iliya Agiya, elder and treasurer of the Evangelical Church Winning All (ECWA) in Atang village, Jema'a County on April 22, area resident Aku Joshua Shai told Morning Star News by phone.
After shooting into the air to send villagers scampering into the bushes, the herdsmen broke into Iliya's house that night and took him away at gunpoint, he said.
"The armed herdsmen first tried to forcefully gain entry into the house of the brother of the victim but were unsuccessful," Shai said. "They then proceeded to the next house, the victim's house, dragged him out, and then took him away at gunpoint."
Iliya is son of community leader Chief Iliya Agiya, Shai added.
Christian killed
Also in Kaduna state's Jema'a County, armed Fulani herdsmen on April 14 attacked Zakkan village, killing one Christian and wounding two others, Shai said.
Abel Danjuma, 40, was killed, and his two brothers, 45-year-old Henry Tuta, 50-year-old Chairman Tuta were injured. Henry Tuta was treated and discharged from Kafanchan General Hospital, while Chairman Tuta's serious injuries required that he be transferred to Jos University Teaching Hospital, Jos, Shai said.
"The three victims are members of the Catholic Church at Zakkan village," he said. "The herdsmen, too, blocked the Abuja-Jos route at Zakkan village and kidnapped two young girls who were traveling from Abuja to Taraba state. The girls were later rescued and set free by Christians from Zakkan village who went in pursuit of the herdsmen and rescued the girls."
On Jan. 30 Christian Solidarity International (CSI) issued a genocide warning for Nigeria, calling on the Permanent Member of the United Nations Security Council to take action. CSI issued the call in response to "a rising tide of violence directed against Nigerian Christians and others classified as 'infidels' by Islamist militants in the country's north and middle belt regions.'"
Nigeria ranked 12th on Open Doors' 2020 World Watch List of countries where Christians suffer the most persecution but second in the number of Christians killed for their faith, behind Pakistan.
This piece was originally published at Christian Today