Muslims in Buikwe are turning to Jesus: Pastor testifies 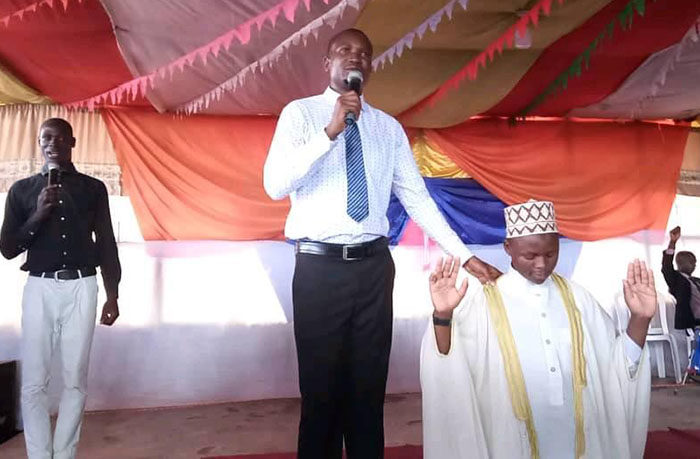 Pastor Stephen Waiswa of Bible Evangelism Ministries – Kawempe leading a Muslim to Christ in Prayer. Courtesy Photo.
By Our Reporter
Founder of Bible Evangelism Ministries, Pastor Stephen Waiswa has reported multiple conversions from Islam to Christianity in Buikwe District.
Stephen, who uses gospel debates (better referred to as apologetic discussions), to share various biblical facts and truths, revealed in an update October 11 that he registered 45 new converts.
This, the preacher explained, was from “the nearest mosque at Kiyindi landing site” in Buikwe District. The crusade lasted close to 5 days, starting 8th October, 2018.
Despite of the opposition he encounters, Pastor Stephen Waiswa earlier stipulated that he has dedicated his life to spreading the gospel of Jesus Christ within Muslim communities around Uganda.
He is a former Muslim who studied in Iran, one of the staunch Islamic countries in the Middle East. 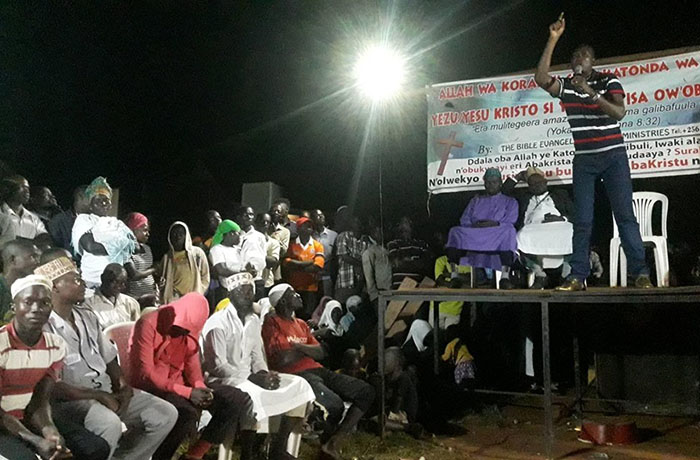 “Buikwe! Muslims are converting every day! We shall settle other things later, but the gospel must be preached,” he said further in the release.
His announcement of the new converts was received amid jubilation from the Christian community – and disapproval from the Muslim community online.
https://www.ugchristiannews.com/muslims-in-buikwe-are-turning-to-jesus-pastor-testifies/
at April 18, 2020