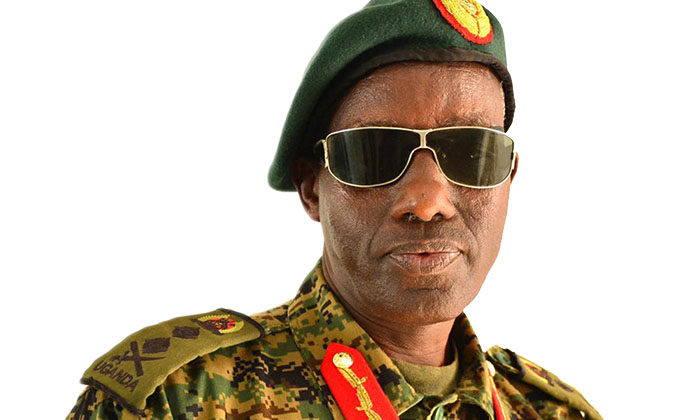 General Elly Tumwine who was shot in the head during the 80s, and also bitten three times by venomous snakes says he was able to miraculously recover due to the power of prayer.
The high-ranking member of the Ugandan military and professional artist, revealed during a meeting with hundreds of Pentecostal Pastors in Wakiso District that Christ is his personal Lord and Saviors and that “prayer has power beyond what you can imagine.”
“One of the things that made me commit my life to the Lord Jesus Christ was to thank God for my life. And I feel free to share it because of my mother’s prayers. I am still alive because I have a duty to accomplish in this world,” he said at the Worship House – Nansana.
Reports show that General Elly Tumwine interrupted his teaching career in 1978 to join the FRONASA forces led by incumbent President Yoweri Museveni to fight the Idi Amin regime. In 1981, when Museveni went to the bush to form the National Resistance Army (NRA), Elly Tumwine went with him.
“We got to the bush, and I was shot through the head. The bullet moved through the head, and came out through my right eye – It is a long story, but I survived , and went back. There are so many other moments of survival,” he said.
“When I was still young, about one year old, I was bitten by a very big snake. My whole body swelled, but by God’s luck I survived that. I was bitten by a snake another two times: In my Primary six and Primary seven. In Primary four, our house was struck by lightening, and two of my brothers died because of that. I was with them at the table, we were doing our home work. The tragic event led to my belly being burnt and I spent 5 years only taking fluids, without eating solid food,” he said.
Further speaking to the Pastors who included Wilson Bugembe and Bishop Joshua Lwere, the General Overseer of the National Fellowship of Born again Pentecostal Churches of Uganda (NFBPC), General Elly stated that everyone is on earth to fulfill a unique purpose.
The General noted that his mother also encountered the power of prayer.
“One day my mother was going to be operated upon. When she reached the operation theater, she told the doctors, ‘before you give me an anesthetic drug, let me first pray.’ She prayed, ‘God, if You think I still have a duty in this world, bring me back. But if You think I have completed my work in this world, take me.’ When she returned home form the hospital, she was very proud, and said, ‘I am here to fulfill that unique purpose that God has brought me to fulfill. When I complete it, I will go,'” he said.
General Elly Tumwine commended the Pentecostal Pastors for what he called a high “level of organisation exhibited by Churches.”
“The beauty about this structure is that although you are all Christians, you are not here as different political parties… It is all about being one in God.” he said. “We are here for partnership, we are hear to support each other. We are here to continue the long struggle that God needs us to do for our people,” he said.
“For anything you want to do in this country or world, the most important thing is peace, safety and security,” he explained.
https://www.ugchristiannews.com/general-elly-tumwine-says-he-gave-his-life-to-christ/