Faithful Muslims Give Daughters to Boko Haram for Suicide Missions… 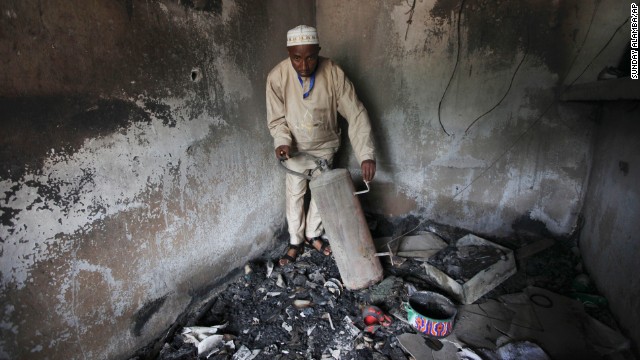 Parents in the northeast of Nigeria are giving their daughters to Boko Haram terrorists for indoctrination and suicide bombing missions, the country’s military said.
Some arrested female suicide bombers have testified that “minors were donated to the terrorists sect’’ by their parents and guardians, as part of their contribution to the Boko Haram insurgency, spokesman Sani Usman said in a statement Sunday on the Nigerian Army’s website. Authorities are appealing to religious and community leaders to help stop the practice, he said.
Boko Haram’s insurgency, aimed at imposing its version of Islamic law in Africa’s most populous country, has killed tens of thousands since 2009 and forced about 2 million people to flee their homes. The militants use female suicide bombers to carry out some attacks on sites including mosques, markets, bus terminals and internally displaced persons camps in the northeast of the country.
https://www.bloomberg.com/news/articles/2017-08-06/nigerian-parents-give-girls-to-boko-haram-as-bombers-army-says
at August 07, 2017