Pork is not allowed to be sold in Saudi Arabia for Muslims, however, now there are stores selling pork.  It is not eaten by Muslims.  Coming to Saudi Arabia I never realized how much of it I ate.  It has become one of the things I miss about the States.  On a trip to Bahrain we were introduced to the Pork Section of a grocery store.  Not something you see at all the stores in Bahrain since they are also a Muslim country.  It was quite a sight to see.  It was also interesting to see the other "American" food in that section.  Things like Lucky Charms, and Spam.  Ugh! 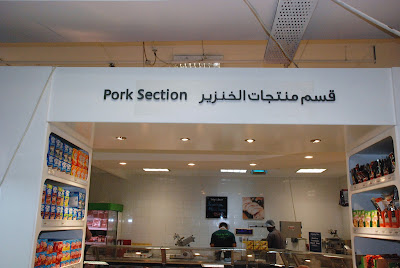 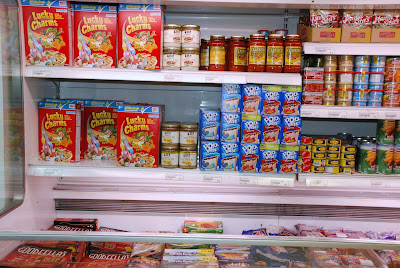 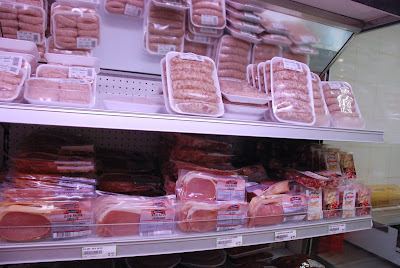 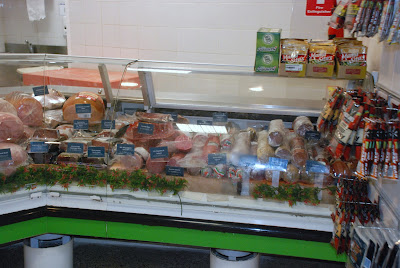 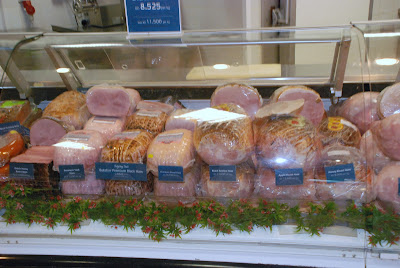 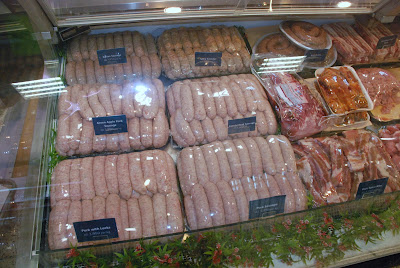 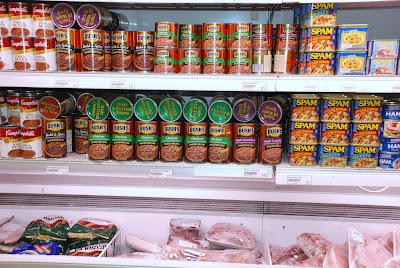 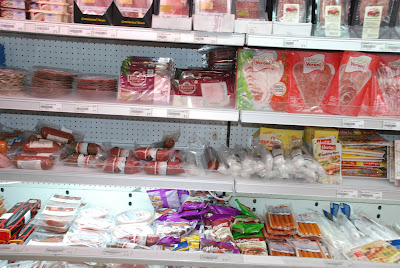 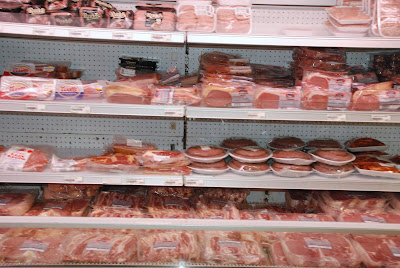 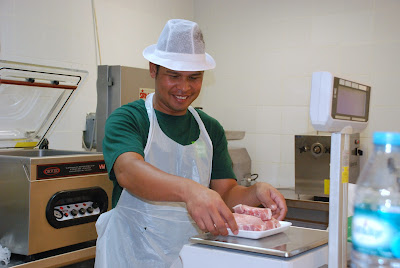