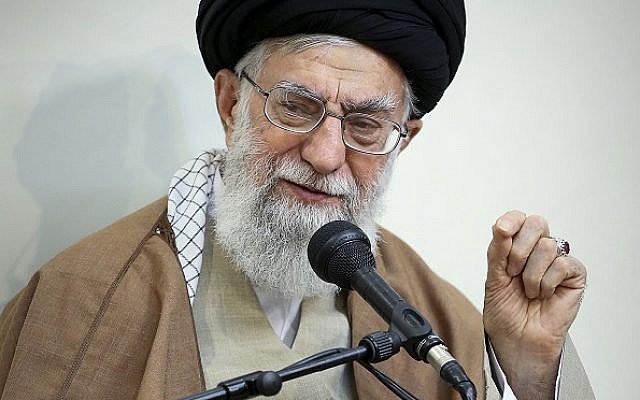 Iran’s Supreme Leader Ayatollah Ali Khamenei on Thursday slammed Muslim nations that maintain ties and friendships with Israel, saying it “brings misery to Muslims.”
In a series of tweets, Khamenei called on the Muslim world to unite against “bullying” by America and “other domineering powers,” and said US President Donald Trump’s recent boasting that some Arab regimes would collapse within a week without US support was a “humiliation.”
In a different tweet, he wrote: “Friendship with the unbelievers brings misery to Muslims, like the friendship some Muslim states have with the Zionist regime, exchanging kind words and establishing economic or political relations.”
Khamenei described the current state of affairs in the Middle East as “an internal war in our Islamic region,” and slammed countries that have been aligning with the US, without explicitly naming them.
“Unwise and reactionary governments of certain countries have entered into wars against other countries,” he charged. “Look at the calamity Yemenis are afflicted with! Their wedding celebrations turn into mourning ceremonies: People are bombarded on streets, at bazaars and mosques.”
View image on Twitter 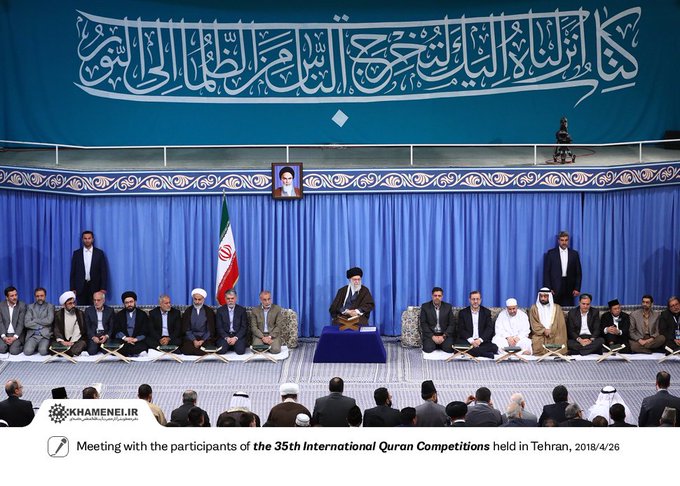 Khamenei.ir@khamenei_ir
That the U.S. president shamelessly says, ‘without the U.S., heads of some Arab states cannot maintain themselves even for a week’, is a humiliation for Muslims.

Twitter Ads info and privacy
Yemen has been at the center of a proxy war between Saudi Arabia and Iran, with Iran-aligned Houthi rebels locked in a three-year war with Riyadh-backed government forces.
Khamenei also singled out “Afghanistan, Pakistan, and Syria,” where “the brutality is revealed in a different way.”
He charged that Muslims “have forgotten to value friendship between the believers; we don’t act according to Quran…If we do, we will gain dignity. This is the path to Muslims’ happiness.”
The tweet-storm came amid an ongoing war of words between Iran and the US over Trump’s threat to leave the landmark 2015 nuclear deal unless it is changed.
Iran’s President Hassan Rouhani on Wednesday questioned the legitimacy of demands for a fresh nuclear agreement with Tehran, after the leaders of the US and France called for a “new” deal. 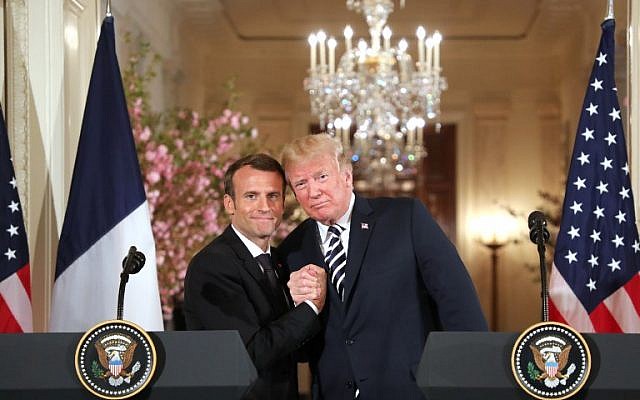 US President Donald Trump, right, and French President Emmanuel Macron hold a joint press conference at the White House in Washington, DC, April 24, 2018. (Ludovic MARIN/AFP)
“Together with a leader of a European country they say: ‘We want to decide on an agreement reached by seven parties.’ What for? With what right?” Rouhani said in a speech.
Trump has fiercely criticized a three-year-old deal reached by world powers to curb Iran’s nuclear program. He’s called for a broader pact that also limits Iran’s ballistic missile program and support for armed groups across the Middle East.
European signatories to the 2015 deal have been scrambling to salvage it, though French President Emmanuel Macron said Tuesday after talks with Trump that he wished “to work on a new deal with Iran,” of which the nuclear accord could be one part.
Iran has repeatedly insisted it is sticking to the nuclear deal and will not negotiate over its missile program.
Agencies contributed to this report.
at May 02, 2018