Did Muhammad ever drink Alcohol? 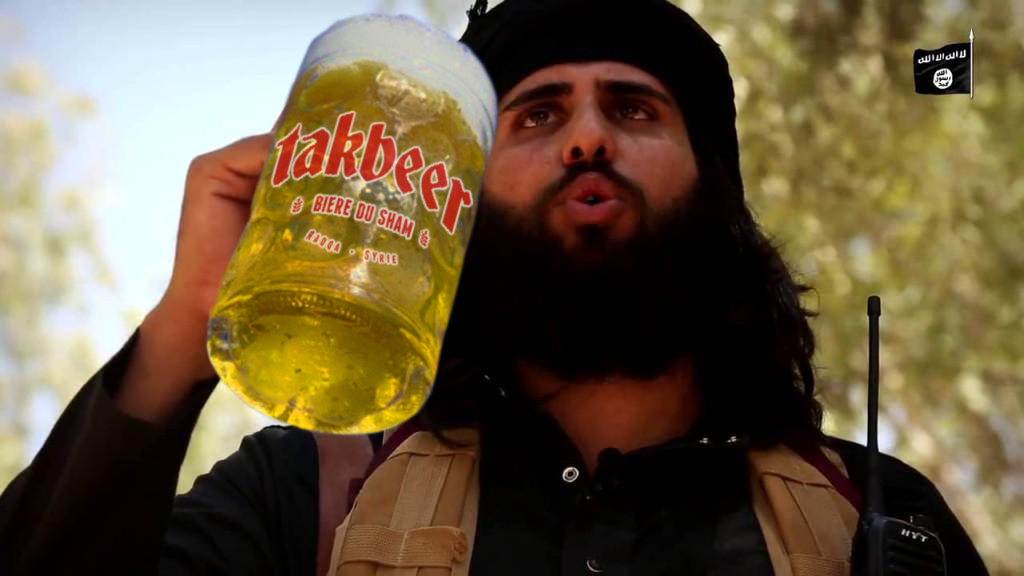 Introduction When we look at Islam, We find that liquors are banned and prohibited; even harsh punishment awaits those who drink. However, when you ponder on Islam and investigate it from its core, you will find the un-expected. We shall prove that the Qur’an doesn’t prohibit liquor and thatMuhammad did drink liquor.

Let Us first examine the Qur’anic verses that are supposed to ban alcoholic drinks, and we shall refute them:
Qur’an 2:219 ''They ask you concerning alcoholic drinks and Games of Chance, Say: In them are harm and goods for men, but their harm exceeds their good effects.''

It only says that there is harm in alcoholic drinks, and if you drink too much,I  agree that it will harm you, but it doesn’t prohibit it here.
Qur’an 4:43''Do not approach prayers while you are drunk''

It says not to pray while you are drunk, which is a good idea.
Qur’an 5:90 ''O ye who believe! Intoxicants and gambling, (dedication of) stones, and (divination by) arrows, are an abomination, - of Satan's handwork: so avoid it that you may prosper''

Notice, God says here to avoid alcohol so that you may prosper, He doesn’t say do not drink at all. The verses are only saying that alcohol has bad effects and good effects, but best is to avoid it.
Does the Qur’an speak good of alcohol?
Yes it does: here a verse concerning it. Let us read the verses in context:

16:66 ''And most surely there is a lesson for you in the cattle; we give you to drink of what is in their bellies -- from betwixt the feces and the blood -- pure milk, easy and agreeable to swallow for those who drink.”

Notice it talks of drinks here, keep in mind that the context of the verse is about drinks.
16:67 ''And of the fruits of the date-palms and the grapes, you obtain Alcoholic drinks and goods. Verily in that is a Sign for a people who use their understanding.''

The Arabic word used is Nabeed which means wine, it can be free from intoxication, however in that hadith the prophet insisted that it must be intoxicated, isn’t that fascinating?
Muslim-3721 ''The Prophet of Allah used to pour alcoholic drinks in a Bowel of Stone''

Seems he used to make his special kind of alcoholic drinks.
There are many incidents, such as Aisha pours wine for the prophet of Allah in morning and at night (Muslim-Drinks-3745). Also Aisha brought wine tothe Prophet from inside the Mosque (Muslim-AlHayd-451).

Muslim apologetics would argue that Nabeed isn’t always referring to an intoxicated drink; however, we have seen that in the first Hadith, Muhammad asked that it to be intoxicated. In the last hadith posted, the exact word is ''Khamra'' which means alcohol. Apologetics might say no it means a cover letor veil, but the word they are referring to is ''Khimar'', and the word used inthe Hadith is ''Khamra'', please ask any Arab what does ''Khamra'' mean, and you will see.
Angels are Drunk also in Islam
There is a story that Angels were asking a woman questions, and she wouldn’t answer them unless they got drunk and they drankand got drunk, and became confused and killed a child. (Musnad Ahmad- Musnad almukathareen-5902)

Even the angels of Allah get drunk, so who is left?
Companions of Muhamad drank alcohol
Hamzah drank alcohol and Muhammad was scared of himwhen Hamzah was drunk because he becomes mad. Probably that is one of the reasons Muhammad discouraged drinking alcohol. (Bukhari-V,4-B,53-324)

Anas Bin Malek used to serve alcoholic drinks. (Muslim: 23.4884, 4886)
Mujahedeen drank alcohol in the Battle of Uhud. Interesting. (Bukhari-V4, B52, Nr 70)
Caliphs who drank Alcohol
We know that Al-Rashid and Al-Mamun drank alcohol and there are other Caliphs who are known for their addiction to alcohol, hereis a list:
Yazid I (680-683): he was Muawiyah’s son. He drank daily and won the titleYazid al-Khumur, the Yazid of wines. Abd al-Malik (685-705): he drank once a month; but drank so heavily tha the had to use ant-vomiting medicine to pacify his drinking bout. Al-Walid I (705-715): he drank every other day. Hisham ((724-743): He drank every Friday after the divine service. Al-Walid II (743-744): Yazid II’s son. He would swim habitually in a pool of wine of which he would gulp enough to lower the surface appreciably. Healso shot the Qur’an to pieces with his bow and arrow.
Source: (History of the Arabs; Philip K. Hitti, ch. xxvi, p.337) (Foot note 5: Mishkah, vol. ii, pp.172-3; ibn Hanbal, Musnad (Cairo, 1313), vol.i, pp. 240,287, 320; Bukhari, vol. vi, p.232)
ConclusionWe see that alcohol was drank by the Prophet, and encouraged to be made by the Qur’an. We see famous companions drinking and serving alcohol. We saw that Angels in Islam became drunk and that Mujahedeen were drinking alcohol in the Battle of Uhud. Yet we see no verse from theQur’an banning alcohol completely. We do find banning of alcohols in Hadiths, but Hadiths are not more reliable then Qur’an, they came way after the Qur’an, Muslims probably banned it by forging hadiths and attributing them to Muhammad since they saw what their Caliphs have done when they were drunk. However, we see that Muhammad did drink and the Qur’an nowhere bans alcohol, on the contrary, it calls it good and encourages us to make it. Alcohol may be condemned by scholars of Islam today; of course they will reject the fact that their prophet drank alcohol because that will portray him as a drunkard. We don’t see what Muslims have to say about alcohol, we go to the core of Islam and that is the Qur’an and Muhammad.
Appendix: If you find a Hadith that portrays Muhammad as a bad person, then it is authentic since Muslims won’t create something bad about their Prophet. If you find Hadiths that portray Muhammad as a good person (which totally contradicts the earliest sirahs), then they may have made it up just to make their prophet look better.

So Hadiths that portray Muhammad as a drunkard, then these are true, since Muslims won’t lie about their Prophet. However, when they say He banned alcohol, then there are doubts that these Hadiths are authentic because they might want to make their prophet look good, and hide the true face of Muhammad, and that is a drunkard

Hi there to everyone, the contents present at this web page are actually amazing for people knowledge, well, you can also visit Italian Wine Montmorency for more Craft and Vine related information and knowledge. Keep up the good work.

Hi there, I read your blogs on a regular basis. Your humoristic style is witty, keep it up! Thank You for Providing Such a Unique and valuable information, If you are looking for the best Craft Beer Montmorency, then visit Craft and Vine. I enjoyed this blog post.

You have given important data for us. It is excellent and informative for everyone. Always keep posting. I am very thankful to you. Read more info about best wine blog