How Muslim Mobs Attack Christian Churches in Egypt with Impunity 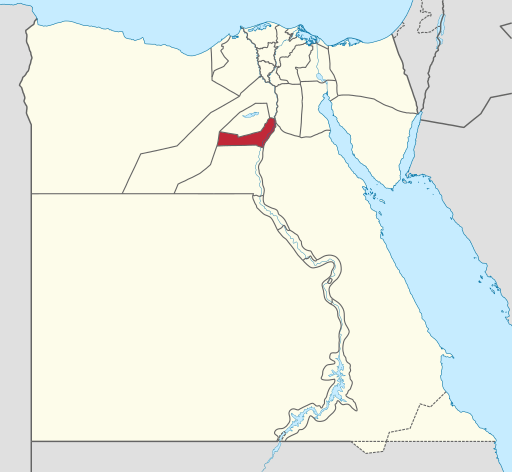 (Morning Star News) – Christians coerced into an out-of-court settlement following an Islamist attack on a church building in Egypt recently saw the usual outcome – a closed church – a practice that has long oppressed Christians, according to Middle East observers.
Members of an armed Muslim mob that attacked a church building in Meinin village, Beni Suef Governorate, in April were acquitted on May 22 of mobbing, fighting and possession of unlicensed firearms based on a “conciliation” settlement calling for the church site to close.
Nine Christians were arrested – with five held illegally for a month – and charged with failing to have a church building license in a country where officials are slow to approve licenses if at all, Middle East specialist Raymond Ibrahim noted on his website. The State Security Court handed the nine Christians and 11 Muslims one-year suspended sentences, essentially acquitting them based on the out-of-court settlement.
Coptic villagers told Watani newspaper that authorities had recently visited the site in preparation for legalizing the church building, prompting the attack.
Obtaining or constructing a church building in Egypt was nearly impossible before a 2016 Law for Building Churches, and the Meinin church of the Holy Virgin and Pope Kyrillos had applied for legalization under the law – which stipulates that no church that has submitted its application to officials shall be closed, according to Watani.
Muslim attacks on church buildings create the threat of sectarian conflict that then serves as the pretext for closing them, Ibrahim notes.
“Authorities tell Christian leaders things like, ‘Yes, we understand the situation and your innocence, but the only way to create calm in the village is for X [the offending Christian and extended family, all of whom may have been beaten] to leave the village – just for now, until things calm down,’” Ibrahim wrote in a previous article. “Or, ‘Yes, we understand you need a church, but as you can see, the situation is volatile right now, so, for the time being, maybe you can walk to the church in the next town six miles away – you know, until things die down.”
Should the Christians refuse and demand their rights as citizens against the assailants, authorities smile and say “Okay,” he states.
“Then they go through the village making arrests – except that most of those whom they arrest are Christian youths,” he writes. “Then they tell the Christian leaders, ‘Well, we’ve made the arrests. But just as you say so-and-so [Muslim] was involved, there are even more witnesses [Muslims] who insist your own [Christian] youths were the ones who began the violence. So, we can either arrest and prosecute them, or you can rethink our offer about having a reconciliation meeting.”
The dejected Christians see no alternative but to comply, or else their young men will go to prison and be tortured, Ibrahim notes.
Islamist assailants are further emboldened to attack the next church about to be legalized, he adds.
In the Beni Suef attack, five Coptic Christians illegally held without charge for a month were released on May 21. One of them, Farag Sehata, lost his job due to the detention, his brother told Watani. Sehata was unable to provide proof to his employers that he was in police custody because, not wanting to admit holding him illegally, officers refused to give it to him.
The Meinin village church had used its now-shuttered building for about 10 years, according to Watani. It is one of 3,370 churches that Samuel Tadros, a senior fellow at the Hudson Institute’s Center for Religious Freedom, said have applied for licenses. Earlier this year the government announced the legalization of 53 church buildings under the new law, all constructed before the 2016 church building law went into effect.
Delta Church Attack
Another church that applied for legalization under the new law was attacked by Muslims who feared it was about to be legalized, according to Watani.
Muslims at a mosque in Al-Shuqaf, near Housh Eissa in the west Delta governorate of Beheira, on May 26 reportedly used mosque microphones to call on villagers to attack the church.
“The mob also pelted the Coptic villagers’ houses with stones, damaged the priest’s car, and set on fire a motorbike that was parked in front of the church,” Watani reported. “Seven Copts suffered slight injuries. The Coptic villagers claim that the nine Copts who were arrested had been caught randomly in what has now become common practice by the police in order to pressure the Copts into ‘conciliation,’ so that no legal action would be taken against the Muslim culprits in exchange for setting free the Coptic detainees and ensuring a swift end to hostilities.”
With the intervention of local political and security officials, the Coptic Christians and Muslims forged an agreement allowing the church building to remain in use if charges were dropped against the assailants, according to Watani.
The church is among those that have applied for legalization under the 2016 law, which eases building and restoration restrictions for the first time in centuries.
Egypt was ranked 17th on Christian support organization Open Doors’ 2018 World Watch List of the countries where it is most difficult to be a Christian.
Source Morning Star News
at June 22, 2018