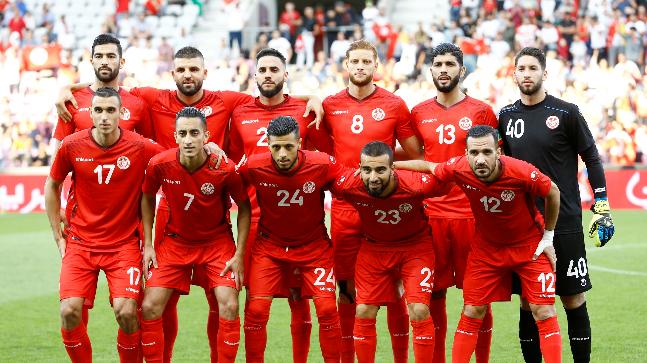 Tunisia players have been playing their matches during the month of Ramadan this year without doing away with their fasting.
The holy month of Ramadan began on May 17 and since then the Tunisian national team have played two friendlies against Portugal and Turkey.
The players began the match while fasting and found a unique solution to breaking their fast in time during the course of the matches.
As soon as the time came to break the fast, their goalkeeper Mouez Hassen went down faking an injury so that everyone got a moment to drink water and eat something. 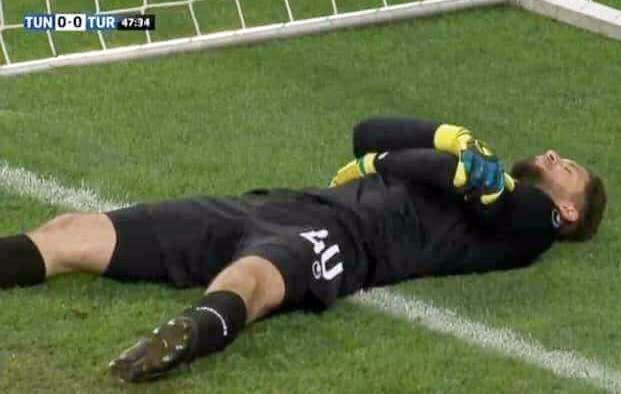 Tunisia keeper went down on the ground right at the time of breaking their Ramadan fast. (Photo: @SKhmira Twitter)
2018 FIFA World Cup: FULL COVERAGE
Muslims usually break their fast by eating dates because it gives a lot of power and helps one get a boost of energy.
In the pictures of the team that are circulating on social media, the players seem to be having dates and energy bars while drinking water and perhaps some energy drink to continue with their matches. 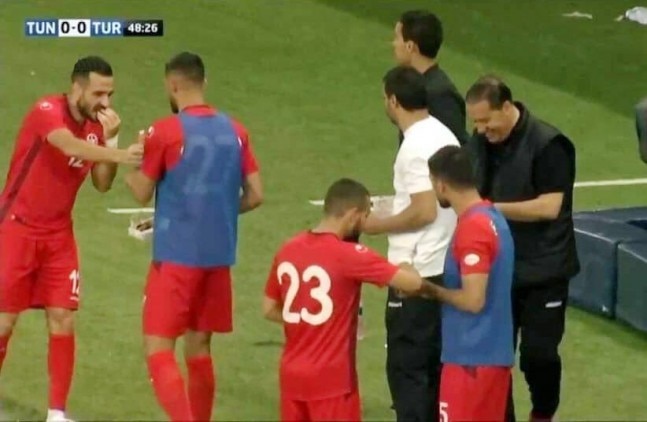 Tunisia players are eating in order to break their Ramadan fast in time. (Photo: @SKhmira Twitter) 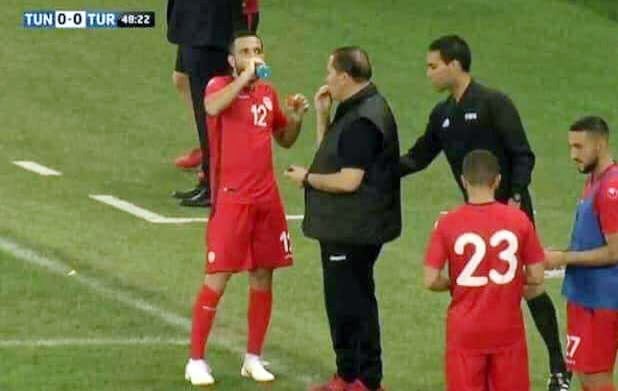 Tunisia players broke their Ramadan fast in time during their 2018 FIFA World Cup friendlies against Turkey and Portugal. (Photo: @SKhmira Twitter)
Also read - Neymar to return for Brazil in World Cup warm-up against Croatia
Since the start of Ramadan, Tunisia played Portugal on May 29 and Turkey on June 1 and both games ended in a 2-2 draw.
While Anice Badri and Fakhereedine Ben Youssef scored for Tunisia against Portugal, Badri scored another against Turkey along with Ferjani Sassi.
Also read - Neuer returns but Germany lose to Austria in FIFA World Cup warm-up
Tunisia have one more friendly to play against Spain on June 10 before the 2018 FIFA World Cup in Russia.
Tunisia, who have qualified for the World Cup for the first time since 2006, are placed in Group G alongside Belgium, Panama and England.
Also read - 2018 FIFA World Cup: England warm up with 2-1 win over Nigeria
They begin their World Cup campaign against England on June 18.
Tunisia are ranked 14 in the world according to the latest FIFA rankings. They have never gone beyong the group stages in the World Cup and they will be hoping for some miracle at the back of their star player Wahbi Khazri.
at June 04, 2018 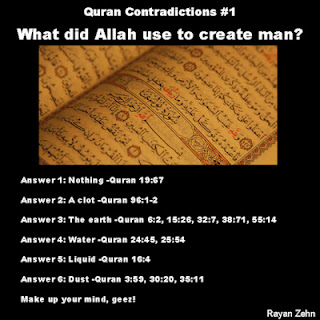