Barren for years, one desperate mother made a vow to God that if God would bless her with a son, then her son would become God's servant all the days of his life. So when this woman gave birth to a son, named Mohammed, she and her husband decided that he would not go to a regular school, but instead would study the Koran and become an Imam.
That was the destiny of Mohammed Amin, who grew up in the Juma province of Ethiopia and looked after the cows and goats for his father, a local farmer.
As a teenager, Mohammed obtained a scholarship to study in Saudi Arabia. There he learned Arabica and Koranic studies. While in Saudi Arabia, he says "every day, I woke up at 2 o'clock in the morning to pray. My dream was to spread Islam in Ethiopia, neighboring countries and throughout the world."
In spite of his devotion, Mohammed says one thing always troubled him: "Deep down in my heart, I realized that something was missing in my life, something important. My heart lacked peace. I was empty."
Nine years later, fully trained as an Islamic scholar, Mohammed returned to his native Ethiopia. He began to teach the Koran in one of the largest mosques in Jummaa.
A couple of years later, he left Ethiopia again, this time for further studies in Sudan. But within a year, Mohammed returned to Ethiopia. Mysteriously, his health had begun to fail very quickly.
"Previously I had (gained) a lot of weight. However, I had become a walking skeleton. I lost my hair. The only recognizable parts of my body were my nose and teeth. The rest of my body was wasting away."
His family took him to the hospital, but all attempts by doctors to heal him failed.

"I was struck with painful boils and sores from the sole of my feet to the top of my head. I was in terrible pain. The skin on my body began to peel off."
For years Mohammed Amin had kept a secret: he slept around and patronized prostitutes.
Even though he was publicly respected as a religious teacher, he says, "privately I was the worst of sinners. I say this not out of humility but out of shame. I am not proud of what I had done. I had contracted AIDS as a result of a promiscuous lifestyle."
As Sheik Mohammed lay dying of AIDS in the hospital, his family began preparing for his funeral. As far as they and the doctors were concerned, he had only a little time to live. But it was at that point that something miraculous happened.
"Late one night I received a vision," Amin says. "In my vision, the hospital room glowed with a bright light. Jesus, dressed as a doctor, came into the room and stood by my bed. He looked at me with love and affection and said, 'Mohammed rise up.'
"Being a Moslem, I was confused. I began to say to myself, 'How can I get up when there is no strength in me?' But Jesus seemed to know what I was thinking. He came closer and began to touch my sick body. He took my hand and sat on my bed. I cannot fully explain the feelings. It was so special. Suddenly, I was filled with joy, peace and happiness."

At that point, Mohammed says he believed he was healed. More importantly, he no longer believes Jesus is a just a prophet. Instead he says, "Now I believe Jesus is the Son of God. I have also decided to follow Him."
Mohammed had been bedridden for four months and twenty-five days. Barely a week after he claims Jesus appeared to him he began to walk again. But that is not all. Previous AIDS tests had shown that he had full blown AIDS. Amazingly, new tests showed that Mohammed was no longer HIV positive. Miraculously, Sheik Mohammed Amin had been healed of AIDS.
Ferea Lema, a young evangelist, was introduced to Mohammed Amin shortly after he left the hospital.
"He was a walking skeleton. He was covered with wounds and scary to look at. People feared him because of the disease he had encountered. When I saw him, I was filled with love and compassion," he says.

Ferea took Mohammed home, gave him a bed, and daily washed his wounds and sores.
It was an act of kindness that has totally changed Sheik Mohammed Amin's life. Now a full time evangelist, he shares the love of Jesus and the miraculous story of his healing from AIDS in villages, towns and churches all over.
"If Jesus had not come to my bed in that hospital and touched my body and my soul, first I would have lost everlasting life; secondly, I would have suffered for eternity. But He gave me physical healing, everlasting life and peace that passes all understanding." 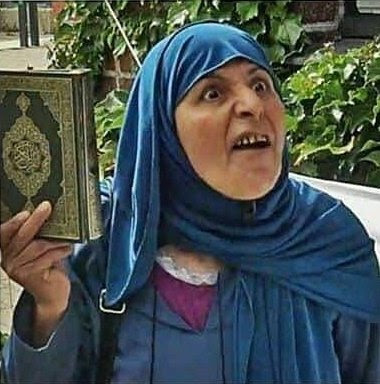