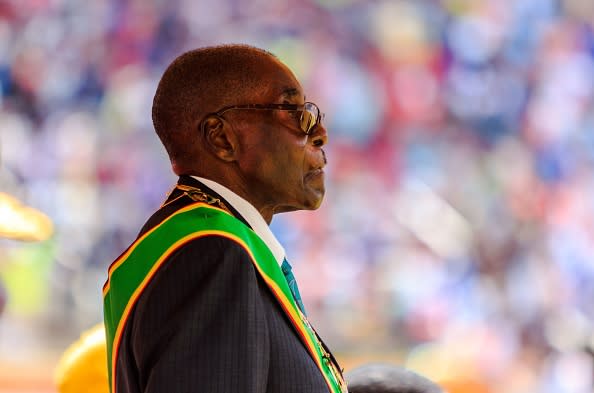 Zimbabwe President Robert Mugabe has blamed Islam for the violence plaguing many African countries.
The 93-year-old Mugabe was on a panel discussing fragile states at the World Economic Forum on Africa in Durban, South Africa on Thursday when he said some countries on the continent are destabilized by religious influences, News 24 reported.
After stating that splits within the Christian church did not lead to violence, Mugabe said: “In the Islamic world, the belief is that the more violence you exert on the population, the more they listen.
“In Africa you also had a touch of the Muslim world in some countries, but in the south it wasn’t our experience, thank God,” he said.
Nearly 84.5 percent of Zimbabwe’s population of 15.6 million people is Christian with an estimated 1 percent Muslim, according to the 2015 International Religious Freedom Report by the U.S. Bureau of Democracy, Human Rights and Labor.
The Islamic Welfare Organization based in the capital Harare has not responded to a request for comment on Mugabe’s remarks.
Mugabe also denied Thursday that Zimbabwe was a fragile state.
from Newsweek